In recent days, several national media have reported the release of the Report-indictment of 2018 of the Court of Auditors on the work of ONSSA (National Office of Sanitary Safety of Food Products). The extreme weakness of the work of the supervisory authority over our Moroccan agro-industrial sector can be summed up by the sentence in the report: “the health of the consumer is exposed to real dangers“; no need for more comment. This report confirms our many concordant observations illustrated by a multitude of cases detailed in several articles of this blog of which a spicy example is reported under: http://alkhabir.org/en/amateurism-at-the-top-of-onssa/. That being said, Mr. Driss Jettou, a charming and persuasive Manager doubled by a great servant of the Moroccan State, President of the Court of Auditors that signs this report, should be, in our opinion, the last to appear surprised of the elements to charge against ONSSA officials. First of all, many of the officials of this organization, which began in 2009, simply continue the practices of another age they learned while working under the previous title of “Directorate of Technical Services and Fraud Control”, which is an organism with working methods inherited from the colonial era. Then, the « Enforcement Officers » of this Directorate in question (God willing to forgive them) did a lot of zeal to distinguish between the quality of products for local consumption, that is to say for us Moroccans (lax control), and those for export on the metropolis, where tight control had to be carried out (our archives). These colonial practices – long assumed by the EACCE (https://www.eacce.org.ma), which prefers to call itself now “Morocco Foodex” – abolished in the new Food safety law 28-07 of 2010 (same strictness of control for all products), were still in force while Mr. Jettou was Minister of Commerce, Industry and Crafts in the Government of late Mr. Abdellatif Filali in the nineties. It is also in this capacity that Mr. Jettou, who came to inaugurate at the head of a government commission the opening of the Salon of the Food of Morocco (SAM) of Casablanca in February 1996, stopped at the booth that we held under the title “Cabinet d’Expertise Dr Essadki” on the occasion of this first event of its kind in Morocco. 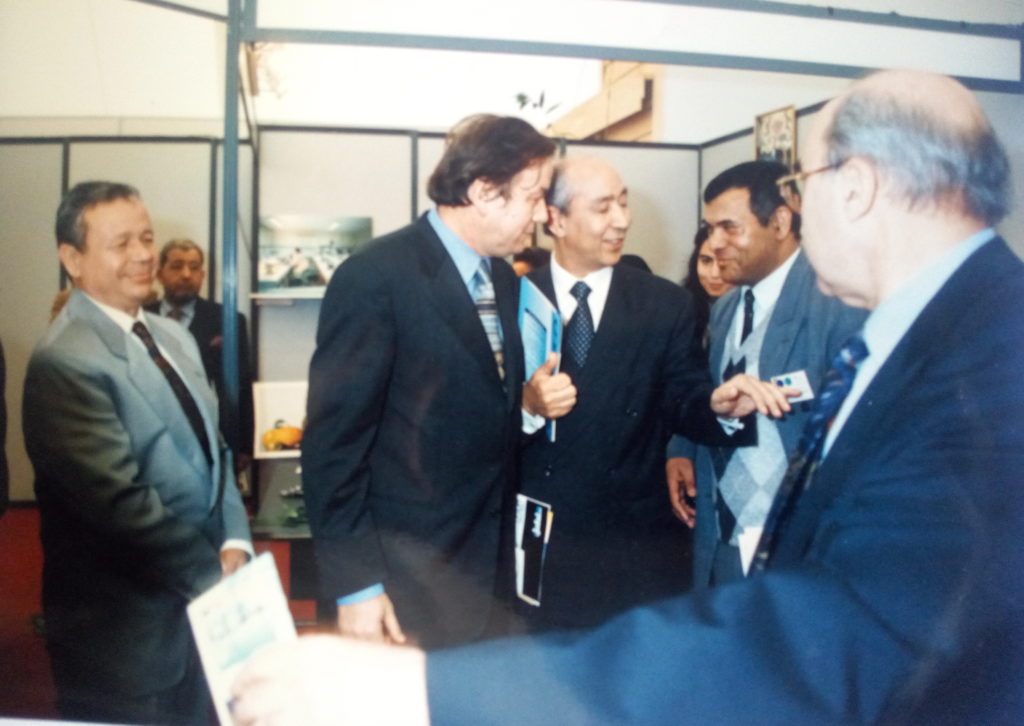 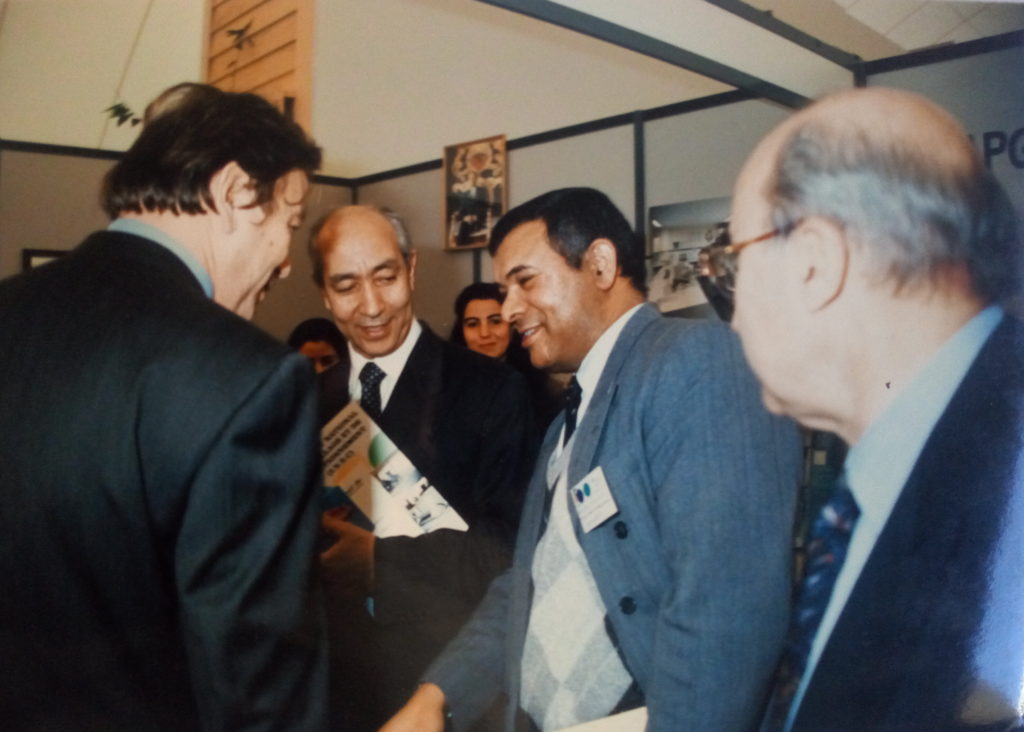 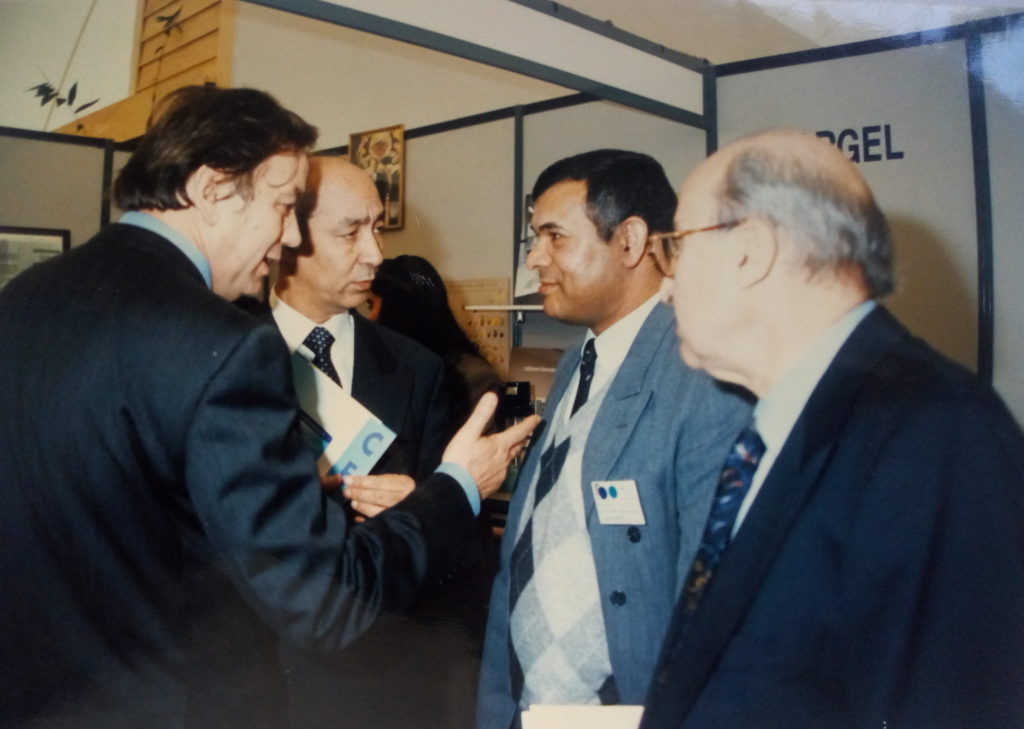 During this brief meeting with Mr. Jettou, he assured us that the Government’s priority is to transfer Food Quality Control operations to the private sector. We had no reason to question such an announcement, made in public by a Minister who was considered to be the most credible of the Moroccan Government of the moment. On the contrary, we rejoiced in thinking that the era of impunity had sounded for an institution (Repression of Fraud) which included a nest full of corrupt officials (our archives). We even naively relayed this information everywhere because conveyed by a source (Minister Jettou) that everyone considered safe at the time. In fact, nothing has changed in the years that followed. And in 2006, ten years later, in the absence of a follow-up to the assertions of the Minister, and in connection with the release of my book “The Mechanics of the Repression of Frauds” that listed innumerable examples, compiled during my work as a sworn expert at the Court of Appeal of Casablanca, that show continuation of the work of mafia obedience of certain officials in question, I had handed (to  the Prime Minister’s Office) a copy of the book (annotated  especially for him) to the attention of Mr. Jettou, who has since become Prime Minister. But, unlike my congratulatory note (from Switzerland, where I was working for a few years for a US Audit Firm) for his appointment by His Majesty King Mohammed VI as Minister of the Interior, to which Mr. Jettou had replied cordially, there was never a follow-up or an echo after the delivery to his services of my aforementioned book-indictment.

Regarding the Report-indictment of the Court of Auditors, chaired by Mr. Jettou, it seems that Mr. President revisits, in this work, practices and behaviors of ONSSA services which are, in short, in the right line practices of their predecessors of the Repression of Frauds, that is to say outside the law in force on which these officials are supposed to watch and that they have always trespassed knowingly (see below). This being the case, Mr. Jettou has always been perceived as a serious and trustworthy Manager. There is therefore reason to believe that he was serious about kind of transfer of competency he told us about in 1996. But to date, that is twenty-five years later, that has not happened. The most reasonable conclusion is that there are resistance centers in the Moroccan state services that are fiercely opposed to that choice. What is probable, even if no one dares to speak of it, is that these resistances must be extremely strong and assumed by influential senior officials within the Government Mechanics.

Now, we would like to relate just two examples from our archives to illustrate how ONSSA and / or the LOARC (Official Laboratory for Analysis and Chemical Research), which has a de facto monopoly on laboratory analysis of food products in Morocco, push the Tribunal to burning his fingers to allow them to pull the chestnuts from the fire for their benefit. In 1996, an importer of an alcoholic beverage was put in prison and  spent a year there, before the Casablanca Court of Appeal came to understand  (to which we have modestly contributed) of the deception of the LOARC documents – masterpiece of the charge file – and frees him. In this respect, the LOARC Bulletin of Analysis in question (in our archives), which is at odds with the intrinsic reality of the product, was either erroneous or fraudulent. But the director of LOARC who signed the Bulletin of Analysis was never worried one way or another. Today, twenty-five years after that case, a cargo of tea from China is still blocked at the port of Agadir since March 2018, a year and a half (http://alkhabir.org/en/onssa-in-ignorance-of-the-law/) following a coalition of procrastination between ONSSA and LOARC completed by submitting to the Tribunal by these people of adulterated documents in disregard of the requirement that everyone must abstain to submitting false documents to the Court! The officials of these state organisms had to know (it cannot be otherwise) that they did not have, at the beginning, any scientific or technical proof in accordance with the law to block that tea cargo. It is purely and simply an abject abuse of power. However, ONSSA continues to use and abuse delaying procedures with the apparent aim of exhausting the patience of the Administrative Tribunal of Agadir so, they probably think, the Court will stop the procedure or give them reason. But, contrary to the disturbed imagination of these controllers, foreign professionals understand well and know how to draw the consequences of this type of malpractices that aim to obscure the mediocrity of these people in their work. This results in that correct investors and serious businessmen are leaving us to go to another country and Morocco got to deal with peddlers instead. It is strange that we only meet this type of action in our country where officials without conscience at work, within ONSSA in particular, exhaust the efforts and the money of the State to serve purposes that have nothing to do with the higher goals that are traced to them by the supreme Authority of the state or with the regulation that frames their work. In so far as this mismanagement has always existed without a solution in sight, there is good reason to speak of State services acting with impunity in an area of ​​lawlessness. As we also understand, the report-indictment of the Court of Auditors contains elements that should reinforce this perception of the mediocrity of the work of ONSSA pending a solution to this Conundrum.

However, the work that can be done by ONSSA (there are nevertheless honest officials in this organization) that is useful for our country is not lacking and the President of the Court of Auditors is well placed to know it and to make it heard. As an example, Mr. Jettou played a leading role, being Prime Minister at the time of negotiations and the signing of the free trade agreement between the Kingdom of Morocco and the USA in 2006. The President is therefore well placed to inform on all the benefits that our country can reap for its population by guiding part of its export in that lucrative market on which our exporters enjoy very good competitive advantages over our competitors on the northern shore of the Mediterranean like Spain and Italy (http://alkhabir.org/en/fda-helping-african-agribusiness-smes/). Of course, for this purpose, a preliminary work must be done by the State through its dedicated organizations, ONSSA in first and foremost place, to open the eyes of our operators to the opportunities offered to us by the US market, especially since the promulgation of the FSMA (http://alkhabir.org/en/fsma-the-new-paradigm-of-preventive-control/). But, perhaps current ONSSA officials do not look favorably on this agreement, in which case we should ask them who they really work for?

In conclusion, we would say that Mr. Driss Jettou apparently could not influence the project of transferring activity of Quality Control to the private sector while he was serving on the Government. Let’s hope that its present indictment report will be heard as it should be to improve the services of this key ONSSA organization for the benefit of national operators and exporters in the Moroccan agri-food sector. And, also, to show the way forward, as His Majesty King Mohammed VI wishes, to other African countries, brothers and friends.